To kick off a new feature, we have two databases to spotlight (both brand new) for October (a day early)!

Do you have a position paper to write? An oral presentation on a current issue? Both Opposing Viewpoints in Context and Global Issues in Context pool together all sorts of resources, from journal articles to encyclopedias, on a wide variety of topics.

GIC covers issues from around the world, from Conflict and Diplomacy to Women, Children, and the Family.

Click the logos above to explore and learn how these databases can help!

And so we come to the end:

As the New York Public Library blog put it, “Who would have ever thought that a touching story about a penguin family who lived in the Central Park Zoo could cause such a tangle?”

The 2005 book landed atop the Banned Books Week list the following year, and has been off and on ever since.

Read on, and remember banned books all year long…

This is just to say that many more new books been added to the Haggerty Library & Learning Commons collection!

Find a selection here, or stop by the Learning Commons and find the New Arrivals table.

It was bound to happen:

Read about the three states whose libraries either pulled the book from the shelves or would not order it. Sadly, Wisconsin was one.

NPR had a story this morning on this year’s Virtual Readout on the American Library Association’s YouTube channel, one of many extra sites we wanted to highlight at this, the midpoint of Banned Books Week:

Read about the long ordeal of Ulysses, one of the earliest modern cases of censorship

This multiple award winner from 2007 has garnered plenty of parental support online, much of which is centered around actually reading the book.

UPDATE: the North Carolina school district ban on Ralph Ellison’s 1952 classic Invisible Man may be lifted, according to PBS.

Read about how free copies were made available to students from the publisher.

All in all, a very interesting Banned Books Week!

Read author Sherman Alexie’s comments about being banned last year in Arizona…in a state push to ban Mexican-American books from school curricula. Alexie is not of Mexican descent. He is a Coeur d’Alene Indian.

Welcome to a slightly more in-depth look at those notorious books at the top of the banned books spots for 2012-13. (The annual list runs from May to May.) Each day this week we will profile one title.

There were 464 challenges and bans reported to the American Library Association this past year, up over 100 from the previous year (increased publicity about reporting probably accounts for some of this).

Without further adieu, we begin with… 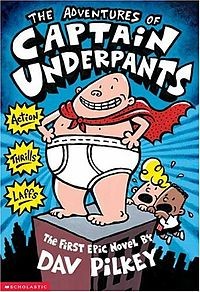 Reasons challenged (there were no outright bans): offensive language, unsuited for age group

Find out much more about bans, challenges, and Banned Books Week here.

If you have ever run into a dead end trying to find full-text articles, Haggerty Library & Learning Commons aims to make things MUCH easier.

You will now see the 360 Link button in most article databases, such as ProQuest (though not EBSCO or Gale quite yet, but coming SOON), or if you link to Mount Mary PDFs from Google Scholar.

360 Link will then dig deeper for a full-text PDF or suggest additional ways to find one–and it usually will!

But, you can always use our Get It! button in WorldCat to easily place requests.

Essentially, your dead ends are over!

On this 12th anniversary of the 9/11 attacks, we should also pause to remember another Civil Rights anniversary.

Yesterday, President Obama awarded the Congressional Medal of Honor, the highest award an American civilian can receive, to the four African American girls killed by a bomb planted in an Alabama church by Ku Klux Klan members nearly 50 years ago.

Read and hear NPR coverage of the event and its horrible history.